I finally know where China’s epidemic prevention is winning, and the testimonies of those who have recently returned to China.

As the global new crown epidemic has become more and more serious, many industries around the world have been strongly affected.The physical industry and the service industry are the hardest to escape, especially the tourism industry. At the time when the new crown virus is raging, a large number of tourist attractions are already available. 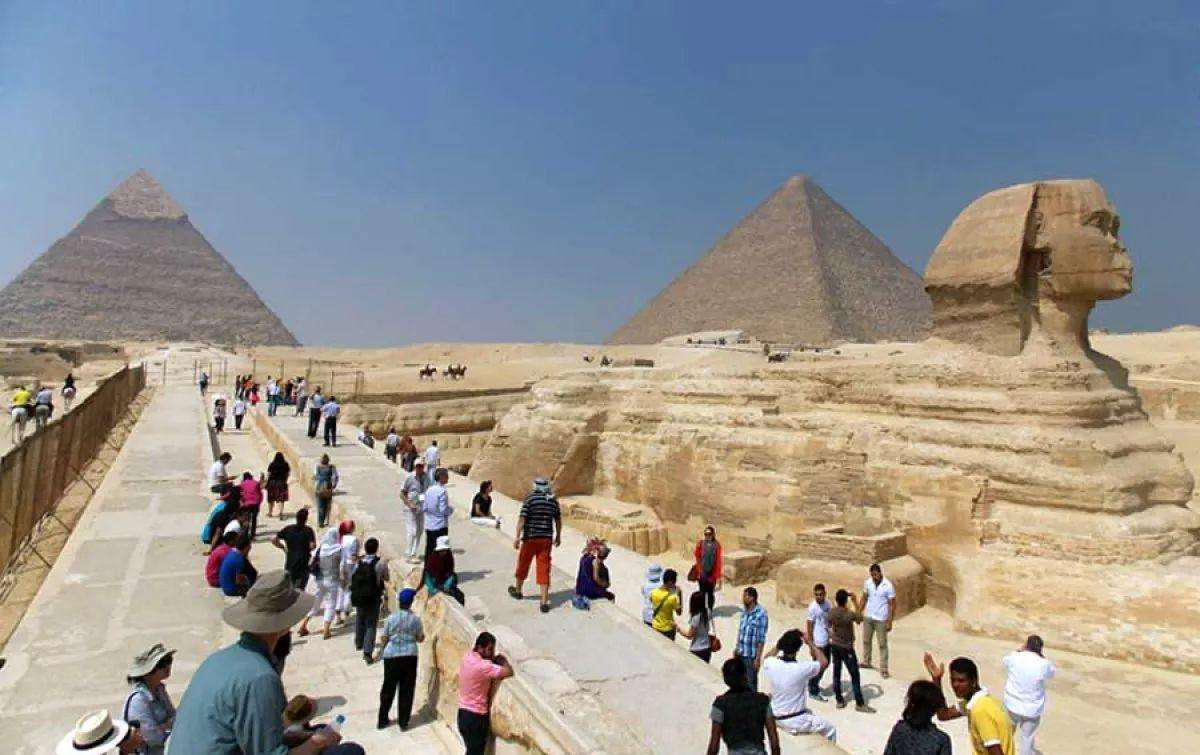 Pyramid visitors in the past

In contrast to China, from the China Tourism Research Institute (Data Center of the Ministry of Culture and Tourism), it is estimated that a total of 637 million domestic tourists were received during the long holiday period from the data of tourism departments, communication operators, and online travel service providers. On a comparable basis, it recovered 79.0% year-on-year, realizing domestic tourism revenue of 466.56 billion yuan, a year-on-year recovery of 69.9% on a comparable basis.

In addition, the local government will contact the quarantined person before the transfer and implement relevant measures in accordance with the local government's epidemic prevention policy (usually holding a negative nucleic acid test report and staying at home for 7 days before free movement).

1. Apply for a green code

The first is to ensure that returnees have a negative nucleic acid test report produced by an authoritative hospital officially recognized by the local embassy (according to the latest regulations promulgated by the embassies in various places, returnees after November must also produce a negative serological test IgM report). 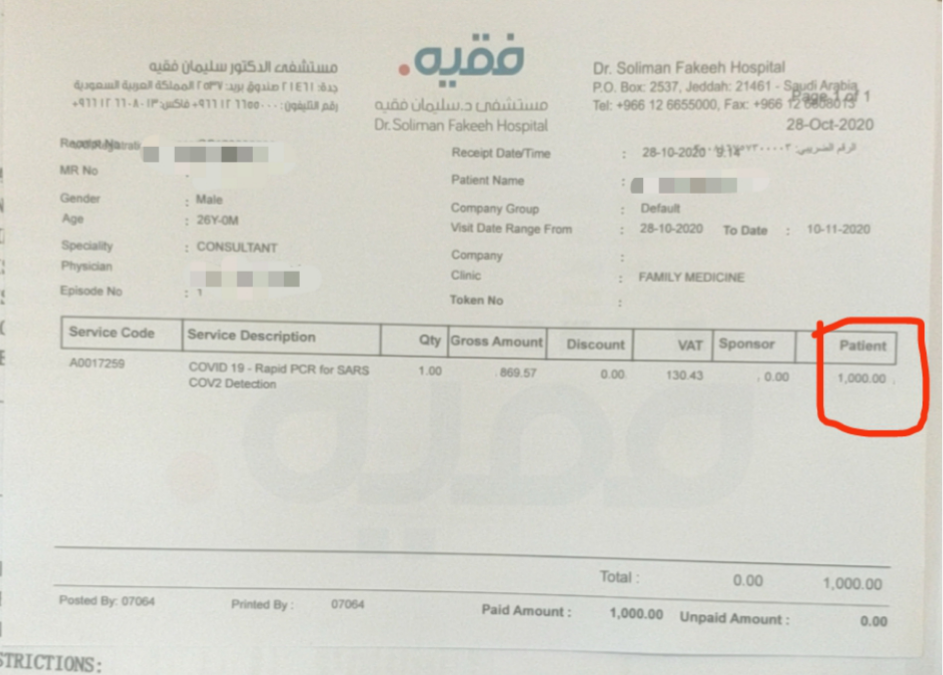 The local testing fee in Saudi Arabia is equivalent to about 1,800 yuan, while the domestic testing fee only needs to be less than 100 yuan, so as a Chinese, Xiao D really feels extremely happy. 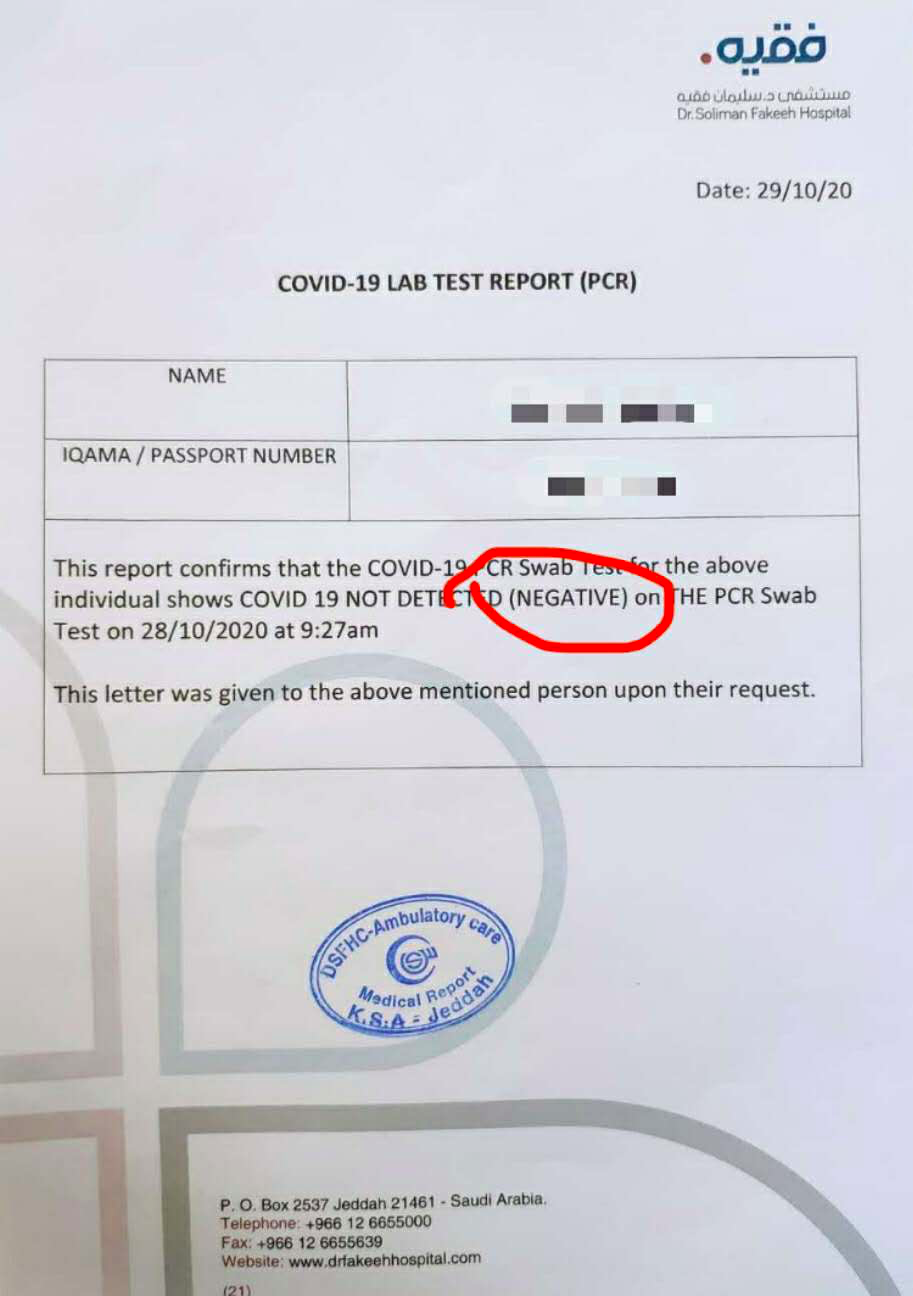 After receiving the negative test report, you need to upload the negative report through the WeChat epidemic prevention and health code international version of the applet, and attach all the itineraries for returning home, and enter the detailed personal path and other information.The embassy staff will review the materials in detail after receiving the materials. Only about 1 hour later, Xiao D received the green code for registration issued by the embassy. This work efficiency is really high!

Arrived at Jeddah Airport that night, ready to fly to Cairo. 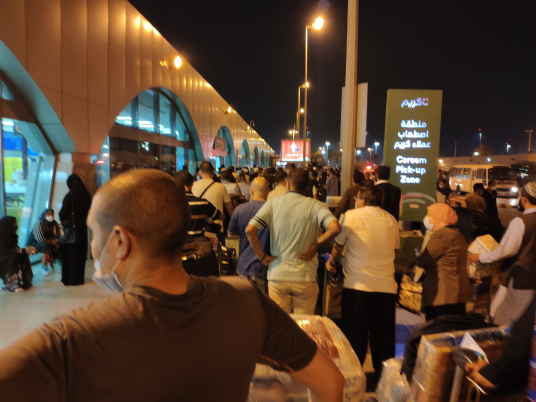 I saw the dense line of passengers at the entrance of Jeddah Airport, and they all just put on masks and gathered together to talk and laugh.Little D was really scared into a cold sweat. The current epidemic is so severe. These people abroad are really brave. Treating the virus is like a normal flu. Wearing a mask will be fine.

The little D who was scared here quickly checked whether he was wearing protective equipment, and then quickly moved away from the dense crowds here and entered the airport.

What happened next made Xiao D really have to be proud of China!

When Xiao D picked up the ticket at Jeddah Airport, he was asked by the staff of Egypt Airlines to show the green registration code of China.

This has once again confirmed the power of my country's epidemic prevention methods! Compared with their negative nucleic acid test report, China's boarding green code can be trusted unconditionally in their hearts. 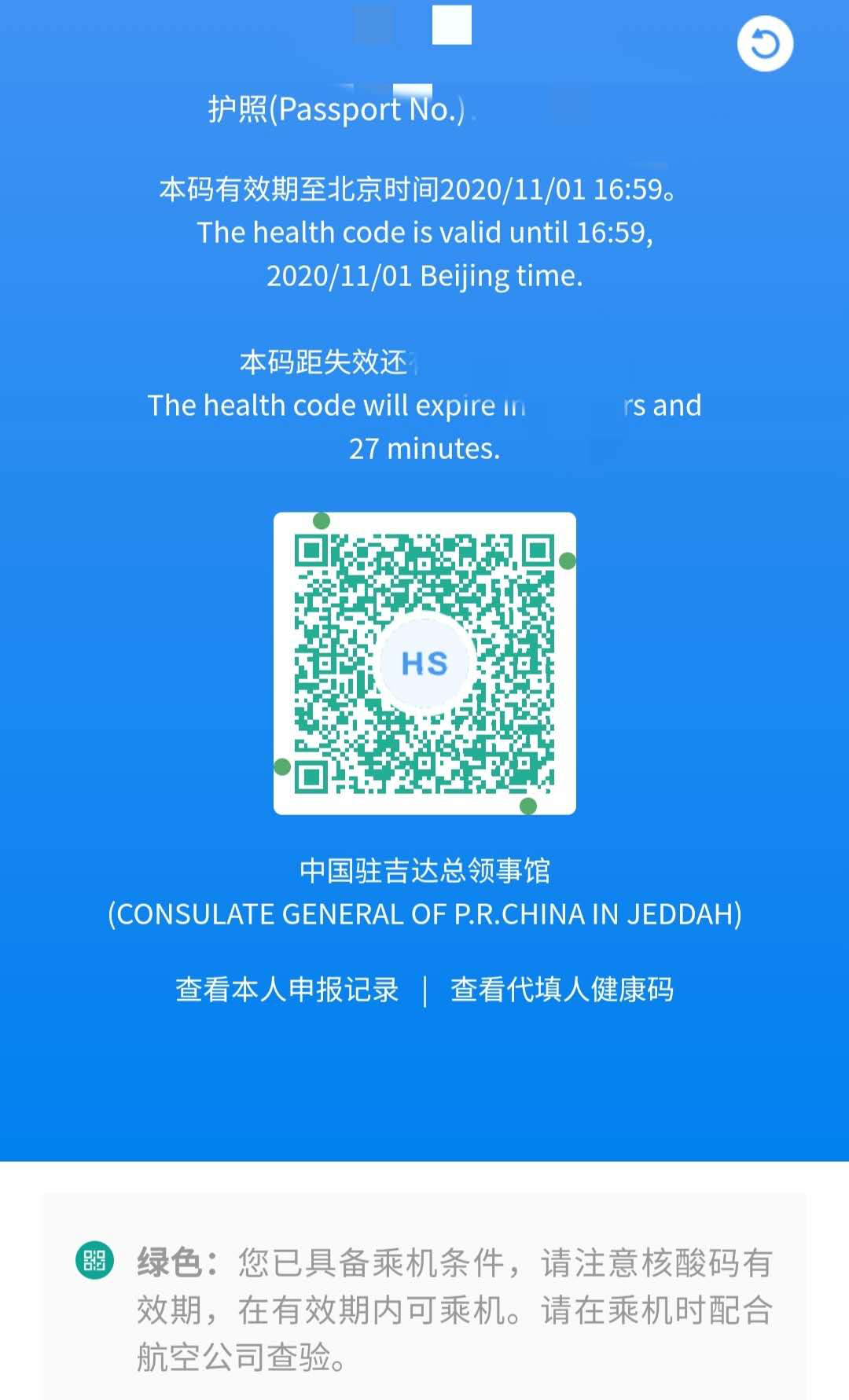 Next, before boarding the plane, Egypt Air requires each passenger to produce a negative nucleic acid test report. After that, the passengers boarded in an orderly manner.

After arriving in Egypt, Little D didn't dare to stay outside any more, so he hurried to the car and went to the hotel that he had booked online in advance.

Not all hotels here are the same as those in China. They have strict epidemic prevention measures.Therefore, Xiao D compared several local ones and selected a relatively good one to live in. Wait at the hotel for the evening flight to the domestic Chengdu Shuangliu International Airport. 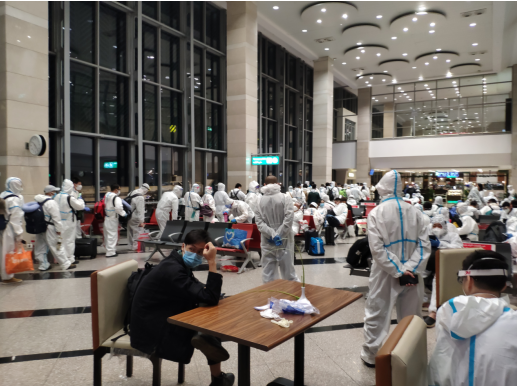 What followed was a scene that surprised little D.At the boarding gate of the flight back to China, Xiao D saw that all returning personnel strictly abide by the epidemic prevention requirements, and almost everyone wears a complete set of protective clothing, and does not casually chat with people or eat.Even if it gets hot, still endure it, everyone just waits quietly. Xiao D is here to praise everyone's self-consciousness and self-discipline!

When taking the flight back home, the flight attendant conducted several temperature checks on each passenger. Fortunately, there was no abnormal body temperature.

4. Get off the plane

After the flight arrived, China Customs first conducted a security check on the entire cabin crew, and then everyone got off the plane in an orderly manner.

Point-to-point direct delivery to the isolation point after exit

A single shuttle bus is limited to 30 passengers. Upon arrival, sit in separate seats and wait for nucleic acid and serum tests.

After testing each passenger, you need to fill in a detailed exit information card.

Speaking of which, recalling that before, when exiting at the Cairo Airport, each person only took 5 seconds to check his name. It was like a normal inspection, and nothing happened.

Compared with the domestic customs, it takes nearly 10 minutes for everyone.

Ask the passengers for each information in detail, and the staff will patiently guide them when they encounter some unclear elderly people. Make sure that it is completely correct before entering the isolation link."It takes only ten minutes to pass one person. For the safety of everyone, the staff is really patient.

After exiting customs, each passenger will be designated to be delivered to the corresponding isolation location, and all staff must wear a full set of protective clothing. Every day, the public areas of the isolation points will be fully disinfected at designated points.

This is really to give the domestic epidemic prevention 10,000 likes! First, when it is not certain that the quarantined person is 100% negative, the quarantined hotel will turn off the air conditioner. This is to prevent cross infection of the virus.

In addition, for any passenger whose test results are suspicious, all three rows of passengers in the surrounding area must be rechecked for nucleic acid and transferred to a medical isolation point, focusing on separate isolation and observation to ensure that no cross-infection occurs. Wow! Really very careful. Little D couldn't help being shocked by the close logic of domestic epidemic prevention measures and 100% strict measures!

There is a saying that goes like this: The virus brings not only harm, but also a test for humans. Anything that fails to kill us will make us stronger.

In the face of the epidemic, China is not afraid of danger and shows the demeanor of a great power.

Such a China, I love you and I am proud!

I am also very grateful that the country has not given up on our Chinese children who are in a foreign country. I am grateful for the "love" of the motherland. As a Chinese, Xiao D is really happy. If there is an afterlife, be a Chinese again!

Little D really loves the food and lodging conditions of the hotels in the domestic isolation point. The single-day isolation cost is only 200 yuan. The hotel is responsible for three meals a day, and a commissioner delivers the food and express delivery of the isolation personnel, as long as the isolation does not affect the isolation. Under the premise, the staff will try their best to meet the reasonable requirements of everyone. Such a comfortable life is really wow!

At this point, the journey back to China has come to a successful conclusion. I have to say that this road is really smooth and safe!

At this last moment, Xiao D is also very grateful to the anti-epidemic staff who worked hard on the front line, and was really touched. Thank you for your hard work!